Contract Management: You Get What You Negotiate

Contract Management: You Get What You Negotiate

Every contract is negotiable, and by negotiating, you can achieve more than you would if you simply accepted what was offered; or refused.

Negotiation is an integral element of procurement and contract management. This is true on both sides of the negotiating table as most vendors and buyers are open to negotiation to achieve a contract. This is based on the grounds that it is usually better to make the deal than to abandon the deal. If you have to give up something in order to get something else; that is universally recognized as acceptable and, in many cases, desirable.

Despite its universality, it’s key to understand that negotiation is only the right to seek – i.e. to work towards a better deal – but not to impose or enforce a deal. Both parties are participating in the negotiation and, in a legal sense, both parties are in control. Successful negotiation only occurs when both parties come to agreement and until the parties do agree, there is no binding obligation (legally speaking) for either party to accept the deal.  That probably sounds pretty obvious, but it’s surprisingly often that the arms of contractors are twisted into accepting a deal they don’t feel is in their best interest.

Honesty and Good Faith in Negotiation

During the negotiation process of any contract, parties must act honestly in that what they say must be true, to avoid any legal impact. Any agreement formed by a misrepresentation (innocent, negligent or fraudulent) is voidable at the option of the party that was lied to. However, the obligation of representing the truth only applies to the information actually exchanged. In other words, parties are not required to disclose the whole truth or to reveal their motives, intentions or strategies. The law of course expects all parties to negotiate at a level to protect themselves and to act with due care before they agree.

Now, despite the fact that you need to be honest, there is no legal obligation for either party to act in good faith during a negotiation. As odd as that sounds, in most negotiations between two parties seeking to form a contract, each party is free to pursue its own, self-interested objectives, and any obligation of good faith may well be counter-productive to those freedoms.  There are exceptions to this of course, such as when negotiating a joint venture.

Before I share my tips with you, I should mention that there are vast selections of books, blogs, podcasts and videos on negotiation techniques and strategies, so if this is a topic of interest for you, I’d suggest checking out some of these resources.  What I want to share with you is 5 important facts about negotiating a contract that you should be aware of.

First, a negotiation can only occur if all parties are prepared to negotiate. That seems obvious on the surface, but what you need to bear in mind is that you shouldn’t simply assume that the other party is willing to negotiate. What I’d suggest, is that it’s always safest to just ask first before launching into a negotiation. A question like, “Is this number negotiable?”, or “Can we discuss the wording on this term?”, will inform your counterpart that you’d like to negotiate price, terms, or any other item on the table.  They can always say no. Check out this resource via Procurement Academy on negotiation skills.

Third, successful negotiation requires bargaining power. It’s vital that you think through all your positions of leverage prior to opening your mouth in a negotiation.  Even if you feel you’re at a disadvantage and your counterpart holds all the cards, you’d be surprised at the leverage you hold based solely on your counterpart’s eagerness to solidify and complete the deal. Remember this: both parties have something that the other party wants.  And remember this too: the law isn’t going to protect you if you don’t negotiate more favourable terms. Even if the terms you agree to in a contract are onerous, unreasonable or even ridiculous. If you sign it, it’s binding. Check out this resource via Harvard Law School on the 10 best hard-bargaining tactics.

Fourth, don’t show your cards until you have to. This tip was clearly lifted from advice from poker players, but it’s just as relevant in contract management negotiations. As mentioned above, you need to know what your cards are (i.e. your bargaining power), and then you only need play a card if and when absolutely necessary. If you’re willing to give up X to get Y, don’t tell them that until you have to. Because, you might just get Y via some other means that you hadn’t anticipated, and in the process, might not have to give up X. So, hang onto that until you need to play it.

Finally, you need patience and planning.  Anyone negotiating should always remember that patience always produces a better result; and that people who plan win more often than people who don’t.  Smart negotiators don’t just focus on what they want, but focus equally on what the other side wants or needs. Patiently listening to the other side and carefully considering what they’re asking for is critical during negotiations.  One key way to improve your position is to listen more than you speak; and above all, don’t get emotional.  A very effective technique is to listen intently and insert pauses of careful contemplation into your in-person negotiation interactions. 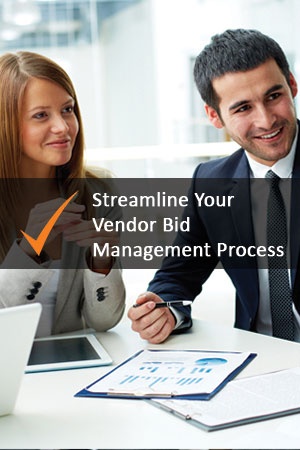