It may come as no surprise that the construction industry is one of last to embrace technology to improve productivity. According to McKinsey’s Digitation Report, the construction industry is one of the least digitized in the world (see Figure 1 below).  Many contractors, about 40% of them according to the 2018 construction technology report, are still using a paper-based solution for documents, cost tracking, reports and other field-related items. This apparent lack of willingness to adopt newer, cloud-based solutions introduces productivity bottlenecks due to information delays, errors from rekeying data, missing data, lack of collaboration and wasted effort on the jobsite and in the office.

It’s critical to understand that these productivity issues have real costs associated with them – the magnitude of which are significantly worse than most in the construction industry realize.  According to a 2018 FMI Corp Survey, “$177.5B in labor costs are spent fixing mistakes, looking for project data and managing conflicts while another $31B was spent on rework due to miscommunication and inaccurate data on the jobsite in 2018.”  These costs have the greatest impact on contractors who are working within the constraints of tight margins, aggressive deadlines and potential penalties for late deliverables. On top of that, the use of paper makes it impossible to perform any analysis on historical data, which is vital information for improving future outcomes.  Contractors are often unaware, as it turns out, that they even have a problem, since it’s buried under stacks of paper and spreadsheets. They don’t know what they don’t know, and clearly, they don’t know that they’re far less profitable than they could be. Additionally, according to McKinsey, “Mismanaged paper trails also routinely spur disagreements between owners and contractors on such matters as construction progress, change orders, and claims management.”  With a system in place to capture and share information, the data quality is vastly improved since the system can perform data validation, data integrity checks and support the project teams with single click reporting and dashboards.

Part of the historical reluctance to adopt technology in construction is a perception that construction site staff are resistant to change and, even more, resistant to technology.  This perceived barrier is disappearing quickly as the generations are changing at both the jobsite and office.  There has, for example, been a steady decline in baby boomers in the construction industry as is indicated in the 2019 ConTech study which shows that 85% of the construction industry today are Gen-X and Millennials. This represents post-baby-boomer generations born between 1960 and 1995.  This means that the vast majority of construction workers are not only highly computer savvy, but they also have an expectation that they will be using technology in their job.  More than there being a willingness for staff to embrace technology, therefore, it’s becoming tricky to even attract good talent when old, slow and clunky tools are in place for people to do their jobs.

Many construction contractors have of course made the leap into embracing game-changing technology and have reaped significant benefits in productivity, profitability and attainment of a clear competitive edge. Nevertheless, “R&D spending in construction runs well behind that of other industries: less than 1 percent of revenues, versus 3.5 to 4.5 percent for the auto and aerospace sectors.” Says McKinsey.   The bigger barrier, rather than cost, is often the disruptive changes that new technology can impose on an organization.  Moving from the old way to the new way can be hard on people and can make some feel threatened or paralyzed with a feeing of being obsolete.  People can throw up artificial barriers and resist the changes that are ultimately, inevitable. This is not a unique challenge to the construction industry, so needs to be managed by strong leadership. Project managers, project controls and field personnel all need reliable, current and accurate project information to bring a project to successful completion. 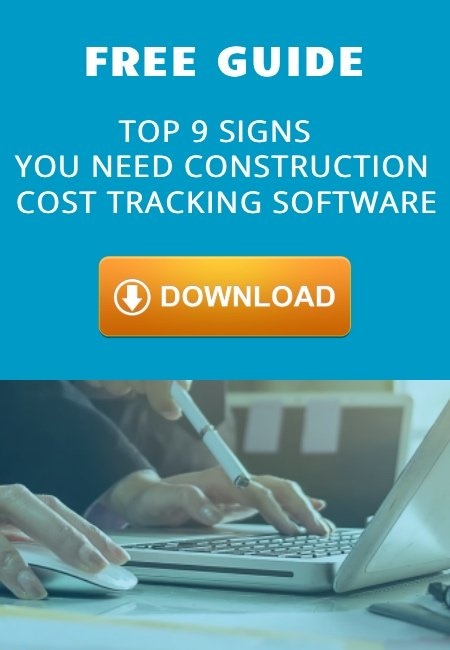